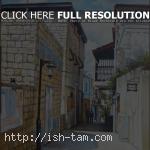 Please see Sefer Yitgaber KeAri, a compilation of the  all-night study for next Thursday night, 5 Av, July 15th, in honor of the Holy Arizal, whose Yahrtzeit is that night and the Friday that follows.  It is a translation of about 90% of the material found in the Tikkun 5 Av prepared by the Ben Ish Hai.

It is being sent early for your copying and preparation for this holy occasion.
Please do me the favor and the honor of circulating it widely to all of your students, teachers, hevrutim, etc, who may wish to learn the compiled material concerning the Tzaddik, the righteous one.
May we see each other sooner than later, dancing with the Mashiah  Tzidkainu in Yerushalayim, with the building of the Temple. Amen!
Rahmiel Drizin
G-d desires the heart/ Rahmana Liba Baey /  רחמנא  ליבא  בעי
(Sanhedrin 106b; Zohar II, 182b).

Rabbi Yitzhak Luria was undisputedly the greatest practitioner and expounder of Kabbala since Rabbi Shimon bar Yochai, author of the Zohar. Rabbi Yitzchak Luria founded a new school in Kabbalistic thought, known as “the system of the Ari.”

was born in the Old City of Jerusalem in 5294 (1534) in what is now the Old Yishuv Court Museum, and passed away on the 5th of Av 5332 (1572 CE). He is buried in the Old Cemetery of Safed, where tens of thousands make the pilgrimage to his graveside every year.

Rabbi Yitzhak Luria is commonly known as the Ari, an acronym standing for Elo-ki Rabbi Yitzhak, the G-dly Rabbi Isaac. No other master or sage ever had this extra letter aleph, an abbreviation for Elo-ki [G–dly] prefacing his name. This was a sign of the esteem in which his contemporaries held him. Later generations, fearful that this appellation might be misunderstood, substituted Ashkenazi, his family name, for the aleph, indicating that his family had originated in Germany, as indeed it had. Alternatively, some explain that the aleph stands for Adoneinu, “our master.” To this day among Kabbalists, Rabbi Yitzhak Luria is only referred to as Rabbeinu HaAri,

HaAri HaKadosh (the holy Ari), the Ari (which also means “lion”), or the Arizal (the Ari, of blessed memory).

The following story is told about the birth of the Arizal:

There was once a very pious scholar living in Israel, named Rabbi Shlomo Luria… One day he remained in the Study Hall alone, learning, when Elijah the Prophet appeared to him and said, “I have been sent to you by the Almighty to bring you tidings that your wife shall conceive and bear a child, and that you must call him Yitzhak (Isaac). He shall begin to deliver Israel from the kelipo [husks, forces of evil]. Through him numerous souls will receive their tikun (rectification). He is also destined to reveal many hidden mysteries in the Torah and to expound on the Zohar. His fame will spread throughout the world. Take care therefore that you not circumcise him before I come to be the Sandak [who holds the child during the circumcision ceremony].”

He finished speaking and disappeared. Rabbi Shlomo Luria went home but did not reveal this secret to anyone, even his to wife. When the Ari was born, the house was filled with light, and on the eighth day, he was brought to the synagogue to be circumcised. His father searched everywhere to see if Elijah had come as promised, but he did not see him. Everyone was urging the father to proceed, but he replied that not all the guests had yet arrived.

An hour went by, but Elijah still did not come. Then he thought bitterly to himself: My sins must have prevented him from fulfilling his promise. But as he was crying, Elijah appeared and said, “Do not cry, servant of Hashem. Draw near unto the altar and offer your son as a pure sacrifice dedicated entirely to Heaven. Sit on my chair and I shall sit upon you.” Whereupon, invisible to everyone present except Rabbi Shlomo, Elijah sat on his lap, received the child with both hands and held him during the entire circumcision. Neither the mohel nor those assembled saw anything but the father holding his baby. After the circumcision, he again promised Rabbi Shlomo that the child would bring great light to the entire world, and then he disappeared.

When the Ari was still a child, Rabbi Shlomo passed away. In 1541, unable to support the family, the Ari’s mother, with her family, traveled to Egypt, where the family lived with her brother, Mordechai Frances, a wealthy tax collector. The boy’s brilliance continued to shine in pilpul [Talmudic dialectic] and logic. Rabbi David ben Zimra (Radbaz) taught the Ari both the revealed and concealed aspects of the Torah. The Ari also studied under Rabbi Betzalel Ashkenazi, the author of Shittah Mekubetzet.

By the time the Ari was fifteen, his expertise in Talmud had equaled or surpassed that of all the sages in Egypt. At this age, he married his uncle’s daughter, and then spent the next six years in intensive study with Rabbi Betzalel Ashkenazi. It was around this time that a copy of one volume of the Zohar came into his hands. He studied the Zohar in seclusion for another six years. He then isolated himself completely in house near the Nile for another two years. He remained alone, not speaking to any human being throughout the week. He would return home on the eve of Shabbat, just before dark. But even at home, he would not utter a word, even to his wife. When it was absolutely necessary for him to say something, he would say it in the least possible number of words, and then, he would speak only in the Holy language–Hebrew. The Ari and his wife had a number of children, including a son named Moshe, who passed away at a young age, and a daughter, who married the son of Rabbi Yosef Caro. Details are sketchy regarding his other children.

In 5330 (1570 CE), after he had attained an extremely exalted rung of holiness in Egypt, Elijah told him the time had come to move to Safed, a city in the Galilee in the north of Israel. There, he would meet Rabbi Chaim Vital, the man to whom he was destined to transmit the keys to the ancient knowledge.

When he first arrived in Safed, the Ari zal joined the circle of students who studied Kabbala under Rabbi Moshe Cordovero (Ramak). His discipleship was short-lived for the Ramak passed on soon afterwards.

After the passing of the Ramak, the Ari began teaching Kabbala. The Radbaz, who had also settled in Safed, warned him not to teach Kabbala in public. However, later the Radbaz recanted, after receiving a sign from Heaven that he had erred in his ruling. (Some say that Elijah the prophet himself visited the Radbaz and revealed to him that he had erred). Soon a group of the leading kabbalists in Safed gathered around him, among them Rabbi Chaim Vital, who became his chief disciple.

Rabbi Chaim Vital writes in the Introduction to Shaar HaHakdamot:

The Ari overflowed with Torah. He was thoroughly expert in Scripture, Mishnah, Talmud, Pilpul, Midrash, Agada, Maaseh Bereishit and Maaseh Merkava. He was expert in the language of trees, the language of birds, and the speech of angels. He could read faces in the manner outlined in the Zohar (vol. II, p. 74b). He could discern all that any individual had done, and could see what they would do in the future. He could read people’s thoughts, often before the thought even entered their mind. He knew future events, was aware of everything happening here on earth, and what was decreed in heaven.

He knew the mysteries of gilgul [reincarnation], who had been born previously, and who was here for the first time. He could look at a person and tell him how he was connected to higher spiritual levels, and his original root in Adam. The Ari could read wondrous things [about people] in the light of a candle or in the flame of a fire. With his eyes he gazed and was able to see the souls of the righteous, both those who had died recently and those who had lived in ancient times.

Together/from these departed souls, he studied the true mysteries. From a person’s scent, he was able to know all that he had done. (See Zohar, Yenuka vol. III p. 188a). It was as if the answers to all these mysteries lay dormant within him, waiting to be activated whenever he desired. He did not have to seclude himself to seek them out.

All this we saw with our own eyes. These are not things that we heard from others. They were wondrous things that had not been seen on earth since the time of Rabbi Shimon bar Yochai. None of this was attained through magic, heaven forbid. There is a strong prohibition against these arts.

Instead, it came automatically, as a result of his saintliness and asceticism, after many years of study in both the ancient and the newer Kabbalistic texts. He then increased his piety, asceticism, purity and holiness until he reached a level where Elijah would constantly reveal himself to him, speaking to him “mouth to mouth,” teaching him these secrets. This is what happened to Raavad, as Recanti states.

Although complete prophecy no longer exists, Ruah Hakodesh is still here, manifest via Elijah. It is as Elijah the Prophet taught his students, commenting on the verse, “Devorah was a prophetess,”

(Shoftim 4:4): “I call heaven and earth to bear witness, that any individual man or woman, Jew or gentile, freeman or slave, can have Ruah HaKodesh bestowed upon him. It all depends on his deeds.”

The Arizal himself wrote relatively little. From his own hand we have novellae on two Talmudic tractates. These have been included in his teacher’s “Shittah Mekubetzet.” His writings in Kabbala were included in Rabbi Chaim Vital’s Etz Chaim and are marked by Rabbi Chaim with the preface “found written in manuscript.” There is also a commentary on a small section of the Zohar and a few hymns for the Sabbath from the master himself. The bulk of his teachings were recorded by his disciples, in numerous works, primarily by Rabbi Chaim Vital. His disciples also recorded his customs in a work known as “Shulchan Aruch HaAri” published in Venice 5440 (1680 CE).

The teachings of the Ari were afforded the status of a Rishon [primary authority]. Every custom of the Ari was scrutinized, and many were accepted, even against previous practice. The Magen Avraham (Rabbi Avraham Gombiner, 5395-5443 / 1635-1683 CE) accepts many of the Ari’s customs as legally binding. In deciding disputes that had remained unresolved for centuries, he often cites the Ari’s custom as the final authority.

Included in the main students of the Ari are Rabbi Chaim Vital (Calabrese), Rabbi Yisrael Sarug, Rabbi Shmuel Ozida (author of Midrash Shmuel), Rabbi Yitzchak Cohen, Rabbi Masud HaMaaravi, and Rabbi Gedalia. Even among these select few, only Rabbi Chaim Vital was permitted in his master’s lifetime to write down the Ari’s teachings.