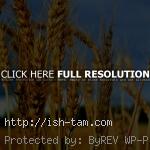 Sfirat haOmer – counting of the Omer, technically is counting of forty-nine days beginning from the day on which the Omer, a sacrifice containing an omer-measure of barley, was offered in Beit-Hamikdash – the Temple in Jerusalem. According to the Jewish tradition, we start the counting after the first day of Pesach, on 16-th of Nissan. We continue to count for 7 full weeks and culminate with second offering on 50-th day on Shavuot. That second offering was brought in the form of two loaves (The Shtei Halechem) made of wheat. So on the surface the counting period and the holiday has agricultural meaning.

Character refinement in preparation for receiving the Torah on Shavuot.

The Sfirat haOmer is the main period for Birur Nitzotzot – extraction of sparks of consciousness from the klipot. This process is fundamental for building one’s soul level by level.